As recreational marijuana becomes legal in more and more states, users are exploring new ways to ingest it. Some people don’t want to smoke or vape cannabis for fear of damaging their lungs. Some choose not to smoke it because they don’t prefer the smell on their clothes. Regardless of the reasoning, edible cannabis is becoming a popular alternative. Edibles have grown in popularity with more marijuana enthusiasts making their own at home through a decarbing process. 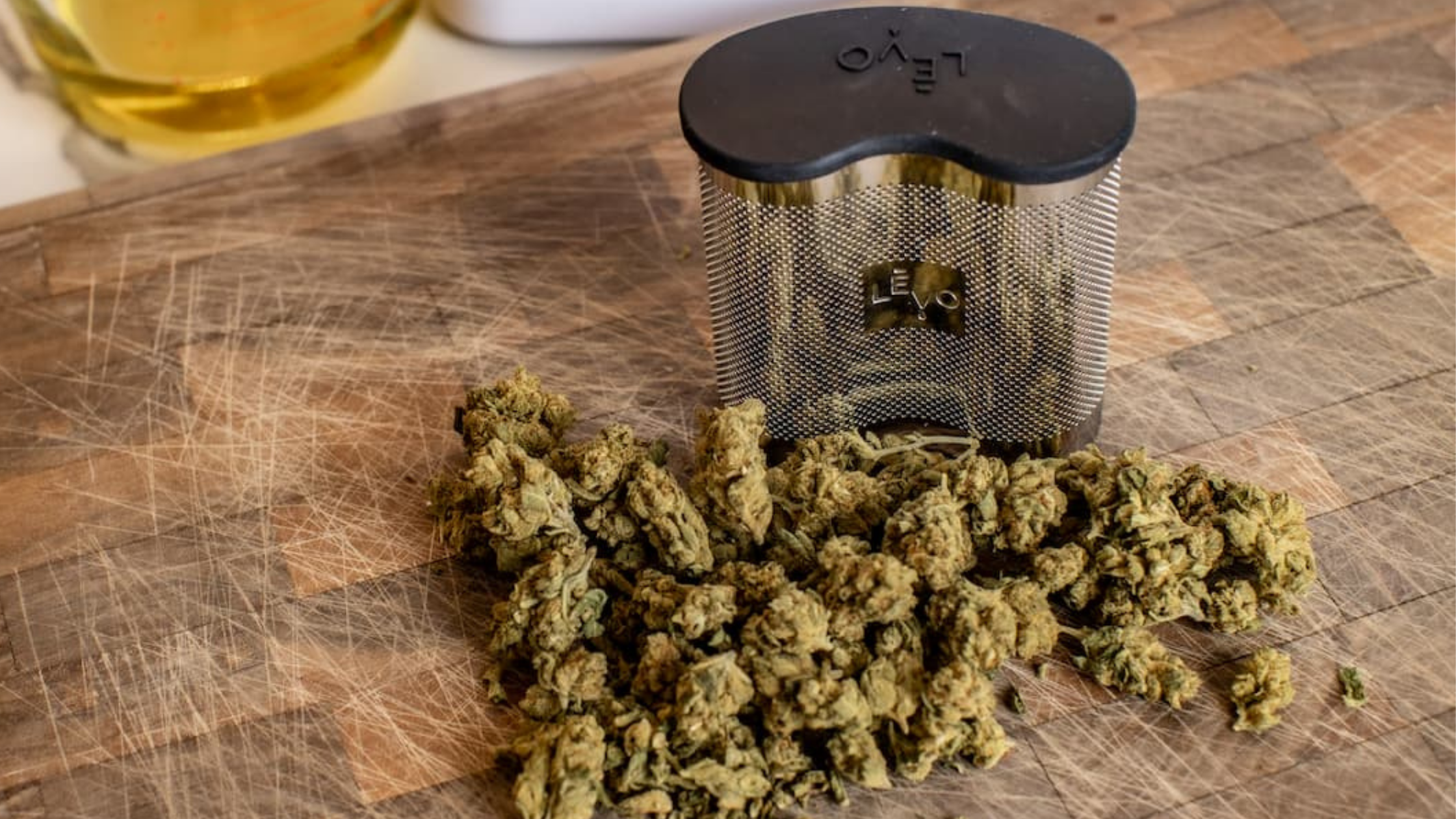 What Does it Mean to “Decarb” Weed and What Does This Process Do?

When making your own edibles, the first thing to learn is that you have to decarboxylate (decarb) the cannabis. Decarbing releases the THCA or CBDA and converts it to THC or CBD to be consumed in the edible. In this process, the cannabis must be gently heated up for a certain period of time until it reaches the optimal point for consumption. It is added to an edible by mixing it with butter, oil, honey, etc. and added into the edible product.

Many people have used edibles only to find the effect is either too strong or not strong enough. It is difficult to know how an edible will affect you until 45 minutes or so after you consume it. As a result, many people are creating their own edibles with precise, measured doses of cannabis so their experiences can be more predictable.

The often-used method of decarbing cannabis is to put it on a baking tray, place it in the oven at 250 degrees, and gently heat it for about 45 minutes until the weed is golden brown. This process works well, but the scent of cannabis pervades whatever room or apartment you use. Sometimes that is not a good option, even in a state with legal cannabis laws. You can also place the buds into an oven-proof container, cover it with aluminum foil, and bake it at 250 degrees for 45 minutes.

If you are decarbing a sizable amount of weed, more than a few grams, it will be difficult to control the smell. However, other methods do a fine job of decarboxylating the cannabis with some control over the scent. One method is to decarb the cannabis in an oven bag. These bags are used for turkeys and other poultry, and they keep the moisture in the meat. Using an oven bag to debarb is a process very much like using a baking sheet:

The oven bag will control much of the smell from decarbing, particularly for smaller amounts. Using fans can also control the scent of decarbing. It works best to use two fans, one in front of the oven and one pushing the air out a window. When using a fan, decarbing a modest amount of cannabis will ensure the scent going out the window will dissipate and not attract attention.

Another method that controls the smell is to use an oven-proof glass Mason jar to hold small amounts of cannabis while baking it. The Mason jar will take a while to heat through, so be sure to build that extra time into the baking process. Decarb the weed at 230 degrees for a full hour. You can turn the Mason jar on its side in order to get a bit more marijuana in it, but make sure it is a nice even layer to get even decarboxylation.

Can LĒVO ll Help with the Decarbing Smell?

The ultimate way to control the scent of decarbing cannabis for edibles is to use an infusion machine. These machines automate the process and use precise and gentle heat for a preselected time. One popular machine is LĒVO ll, which is perfect for brownies, candies and gummies, dressings, and sauces.

It can be used for almost any herb, including cannabis. It is the best of both worlds for producing edibles: it will provide you with a consistent oil or butter at a lower price than buying it at a store. You will know exactly how potent your ingredients are. Producing edibles with the cannabutter from LĒVO ll is not messy, and the scent from heating the cannabis in an infusion machine is controlled and not overwhelming because it stays in the machine. You can save your precise temperature and time settings and even use wireless control with LĒVO ’s app. 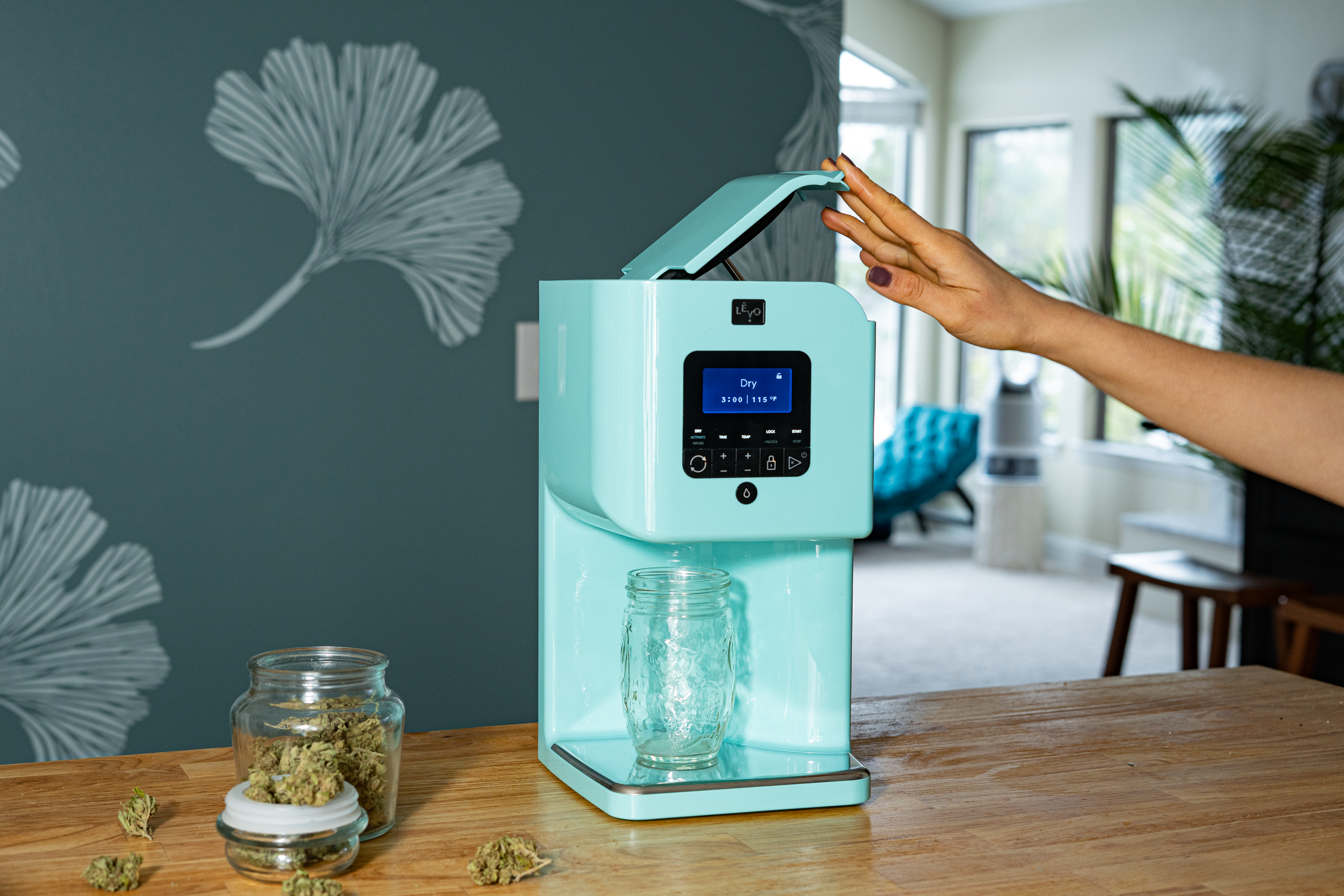 LĒVO ll is easy to use and also easy to clean. You put your herb into the Power Pod, allow the infusion machine time to get the herb to the correct temperature to dry it, and then add oil or butter for infusing. When the infusion is finished, you simply dispense it into a container and use it immediately, if you wish. The infusion machine will create cannabutter or infused oil of maximum potency. It is easily cleaned because you can place the important tools in the dishwasher. The Power Pod can hold up to 8 grams of herbs, and you can buy a second power pod for more potent infusions.

The LĒVO ll is an amazing addition to your edibles process because it provides consistent herbal infusions with minimum fuss, mess, and smell. Try one today to see how easy decarbing and edible creating can be.