The results of a new study published by Experimental and Clinical Psychopharmacology suggest that college students who use cannabis are even more productive than students who don’t.

The traditionally held view has been that cannabis causes a lack of motivation in users. Researchers refer to this as “amotivation syndrome.” But groundbreaking research is challenging the notion that “regular cannabis use results in impaired capacity for goal-directed behavior.”

Researchers assessed 47 college students as part of the study, with the goal of testing the veracity of the traditional stereotype placed on cannabis users. Of the 47 college students, 25 were regular cannabis users, while 22 of the students did not use cannabis. Each of the participants involved in the study took part in what the researchers donned the “Effort Expenditure for Rewards Task,” a sequence of behavioral evaluations.

While this is not the first time researchers have studied cannabis’s effect on motivation and productivity, past research has utilized conflicting methodology and has “not controlled for key confounding variables,” according to researchers. “The present study extends [the findings of prior studies] by examining the relationship between cannabis use and effort-related decision making in a sample of college students.”

Essentially, regular cannabis users were more likely to choose tasks that indicated greater levels of motivation than the non-cannabis users in the control group. In their conclusion, the researchers wrote:

“The results provide preliminary evidence suggesting that college students who use cannabis are more likely to expend effort to obtain reward, even after controlling for the magnitude of the reward and the probability of reward receipt. Thus, these results do not support the amotivational syndrome hypothesis.”

According to the authors of the study, more research is needed to assess whether cannabis use and “patterns of real world effortful behavior over time,” preferably with a larger sample group.

In their impact statement, the researchers emphasize that although cannabis use is increasingly accepted in the United States as more states move for decriminalization or legalization, the perception that cannabis causes a lack of motivation persists. However, this assumption is in direct opposition to the study’s findings.

Other recent studies have also shown that cannabis has the potential to act as a motivator and that regular use of cannabis actually increases productivity. A 2019 study published in Frontiers in Public Health assessed how cannabis affected people’s exercise and workout routines, casting further doubt on the lazy, apathetic stoner stereotype.

The results of the study, conducted at the University of Colorado, showed that the vast majority of participants advocated for using cannabis with exercise. Cannabis users reported “more minutes of aerobic and anaerobic exercise per week” than non-users. Most of the more than 600 participants in the study also reported that using cannabis pre-workout or post-workout improved their exercise routine overall.

In 2020, another study conducted by the University of Colorado and published in the American Journal of Health Behavior, which focused on elderly Americans aged 60 and older, found that cannabis use also motivated older Americans to do more physical activities over a four-month trial period than non-users.

According to the authors of that study:

“These preliminary data suggest that current cannabis use status is not associated with a negative impact on fitness and efforts to increase exercise in sedentary older adults. Future studies should collect more detailed information on patterns and forms of cannabis use to understand their potential health effects for older adults.”

Researchers concluded that, at the very least, cannabis use did not reduce motivation among older Americans to engage in physical activity or exercise. In fact, the results seem to suggest that using cannabis makes it easier for elderly individuals to increase and sustain routine physical activity.

Yet another study published in the Cambridge University Press assessed whether cannabis could predict changes in motivation among adolescents who used cannabis. The study ultimately found that there was no notable link between teen cannabis use and reduced motivation. According to the authors of that study:

“Our results do not support a prospective link between cannabis use and reduced motivation among adolescents. Although most observed associations were accounted for by covariates, greater cannabis use was cross-sectionally associated with lower perceived value of school, which may contribute to poorer educational and later life outcomes.”

Ultimately, the results of these pioneering studies have broad implications for cannabis users and attitudes toward cannabis use. While the notion that cannabis users lack motivation has been normalized by the pervasive “pothead” stereotype, scientific evidence supports the hypothesis that, in fact, cannabis use actually has a motivating effect for many users.

Cannabutter Digest has plenty of news, recipes, and product reviews for you to enjoy, including the following! 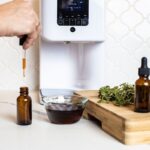 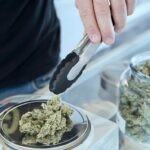 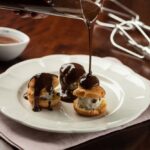