WHAM reports that New York marijuana reform advocates celebrated a victory last week when the State Cannabis Control Board approved the final plan for Conditional Adult-use Retail Dispensary (CAURD) licenses. This is a major advancement for the state’s Seeding Opportunity Initiative, a plan for a more accessible and equitable cannabis marketplace.

The CAURD licenses, an integral piece of the Seeding Opportunity Initiative, will have an updated application form, as per the Board’s recent approval. According to Thursday’s resolution, the state’s Office of Cannabis Management is now required to post the application period’s opening date on its website at least 14 days before the period opens.

These licenses will be available to equity entrepreneurs under the Seeding Opportunity Initiative. The initiative, like similar efforts in other states, seeks to provide entrepreneurial opportunities to individuals and communities which have been the most historically disadvantaged by the enforcement of marijuana prohibition.

To be awarded a CAURD license, an individual must meet two eligibility requirements. Primarily, they must have proof that they or a parent, guardian, child, or spouse had a cannabis-related conviction which occurred before the passing of the 2021 Marijuana Regulation Tax Act. Secondly, they must have documentation of qualifying previous business experience in the state of New York.

The New York Office of Cannabis Management has estimated that the first legal sale of adult-use state-grown cannabis will occur before the end of the year. With the approval of the Cannabis Control Board, these regulations are set to take effect no later than August 3rd of this year.
This recent legislation is one of the more progressive approaches to reform on a state level.

While other states are changing their attitudes on decriminalization and legalization, few have taken the time to make the marketplace as accessible and equitable a place as the state of New York has. In fact, the state has overseen few provisions for the entry of large corporations into the marketplace, instead focusing their efforts on empowering those who have previously had marijuana charges or convictions.

Also during last week’s meeting, the Cannabis Control Board was able to approve twenty cultivator applications and members plan to go on a statewide tour of cannabis farms next week as part of the application process.

Although the Office of Cannabis Management was able to reach a consensus without much difficulty in their meeting, it is unclear whether the office has garnered enough public support across the state for their efforts to remain successful in the long term. A survey from Siena College suggests that many New Yorkers oppose legislation which gives justice-involved individuals retail priority.

In addition to unstable public support of OCM’s recent regulations, the office has recently issued cease and desist letters to numerous businesses across the state which have been participating in the illegal production and distribution of marijuana products ahead of the state’s adult-use legalization.

It has been particularly difficult for the office to effectively regulate and enforce marijuana policy up to this point; the state finds itself at something of a crossroads where many changes to decriminalization and legalization are occurring. Currently, marijuana is available for adult use, though it can only be exchanged as a gift and not as a part of a transaction. Legislation for cannabis testing requirements, labeling, packaging, and marketing is in the CCB’s hands and is pending approval.

The CCB’s recent regulations are part of a long string of recent marijuana reform legislation in the state of New York. Despite federal cannabis prohibition, the state recently approved a budget proposal which allows marijuana producers to claim tax deductions.

Additionally, the CCB has also approved regulations for patients to cultivate and produce medical marijuana for their own personal use. Under the CCB’s updated medical marijuana framework, registered patients are eligible for possession of up to five pounds of cannabis derived from no more than six plants, three of which can be mature. These regulations are in line with the state’s current adult-use legislation.

Additionally, New York governor Kathy Hochul has reaffirmed her efforts to create an effective legalization plan. At the beginning of the year, Hochul called for a $200 million public-private fund which would promote social equity among the businesses in the state’s cannabis market.

The governor has also made room in her executive budget to generate more than $1 billion in revenue from cannabis taxes by 2028. This is also part of an effort to create as accessible a marijuana market as possible.

New York City officials banned pre-employment drug testing for marijuana ahead of the state’s legalization policy, and the New York Department of Labor followed suit, prohibiting employers from drug testing for most employees for cannabis.

Earlier this year, a bill reached the New York Senate floor which sought to license community cannabis gardens for those in areas which were not conducive to private cultivation, and one New York Assembly committee introduced legislation which would create provisions for safe consumption sites across the state.

New York City mayor Eric Adams has even expressed interest in passing legislation which would allow cultivators to grow cannabis on the roofs of public housing buildings in an effort to provide funding to the New York City Housing Authority.

While the Cannabis Control Board’s recent announcement is certainly a step in the right direction for marijuana policy reform advocates around the state of New York, it is by no means the only step being taken for broader cannabis access. Many New Yorkers look forward to a revised approach to cannabis production and distribution with social equity at the heart of these efforts.

In the coming weeks, states across the nation will look to New York as they consider their own revisions for broader marijuana access.

Cannabutter Digest is your one-stop resource for the latest cannabis news, the tastiest recipes, and so much more! Explore our website to learn more! 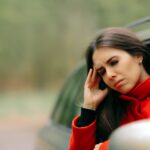 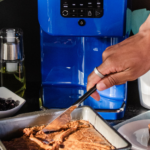 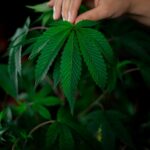