California continues its commitment to strengthening its cannabis laws while expanding the recreational cannabis marketplace. In September, Governor Gavin Newsom’s office announced he signed SB 1326, AB 1706, and AB 2188. SB 1326 seeks to allow California to conduct cannabis-related transactions with other entities outside the state, potentially expanding California’s legal cannabis market. Governor Newsom also signed AB 1706, a measure that solidifies that California residents with cannabis-related convictions on their record will have those convictions sealed.

Finally, Governor Newsom took pen to paper to sign AB 2188. Assembly Bill 2188 is unique in that it attempts to address a significant problem cannabis users have faced since California legalized recreational marijuana: the problem of employment discrimination. Since legalization, employers have had the power to police an employee’s off-the-clock marijuana use in their free time. Now, that power may be at an end.

Assembly Bill 2188 is a piece of legislation first introduced for consideration by Assemblymember Bill Quirk (D-Hayward). The measure is supposed to protect California workers from employment discrimination based on their personal cannabis use during their time away from the workplace.

The Senate voted on the bill on August 29th, passing it with 28 yes votes against 11 no votes and on NVR, or no vote recorded. The Assembly voted on the bill the next day, when it passed 49 to 18 with 13 NVRs. Finally, on September 18th, Governor Newsom signed the legislation, turning the bill into California law.

Why is the passage of AB 2188 important? To understand the answer, it is vital to go back to the beginning of the legalization movement. In 2016, California voters approved Proposition 64, which legalized recreational marijuana in the state of California. Shortly after the legalization of marijuana took effect, potential issues came to light.

While Proposition 64 legalized the recreational use of cannabis, it allowed local governments to ban marijuana businesses or subject them to specific zoning requirements. The measure also protected the rights of public and private employers and business owners to continue to enforce workplace anti-drug policies. Issues emerged almost from the get-go. Cannabis users were now legally allowed to possess and use the substance. However, if an employer conducted regular drug tests and found marijuana in their system, they could be subjected to disciplinary action, including termination.

How were employers allowed to police what employees consumed legally in their time off the clock? At the federal level, marijuana continues to be classified as a Schedule I controlled substance. Since the drug is illegal federally, employers could mandate and enforce drug-free workplace policies, even though California had legalized marijuana at the state level. Although random drug screenings are only allowed in certain industries, new employees are frequently required to submit to a drug test as a condition of employment.

In a nutshell, although people gained the right to use recreational marijuana, that right was still subservient to the rights granted to employers.

How AB 2188 Aims to Solve the Practice of Discrimination

AB 2188 seeks to prohibit employers from discriminating against employees who partake of cannabis in their free time away from work. The measure amends the California Fair Employment and Housing Act, making it illegal for an employer to fire, alter the terms and conditions of employment, or otherwise penalize an employee based on their cannabis use. AB 2188 is the first California law that provides workplace protections to California cannabis users.

While the landmark measure offers employees new protections, it does not cover everyone. The new law does not extend to workers employed in the construction or building industries. Additionally, it does not protect applicants or employees hired for a federal position that requires background checks and security clearance.

Working people and cannabis advocates applaud the passage, but not everyone is happy to see the new law go into effect. Some business groups oppose the law because they believe it will hinder a company’s ability to test for marijuana use in the workplace, making it more challenging to discipline employees who abuse the drug while on the clock.

However, the authors of AB 2188 counter this argument. Lawmakers indicate that scientific advancements are providing employers with new drug tests that can reveal impairment, not historic drug use. The problem with many traditional drug tests is that they indicate the presence of inactive metabolites of THC. These chemicals can be detected in the body days, sometimes weeks, after a person uses cannabis. The presence of these compounds in a person’s system at the time of testing does not necessarily indicate that the person is currently impaired.

Moving Ahead with Implementing the Law

Employers will not be expected to make changes overnight. Although companies need to prepare for the implementation of the law, it does not go into effect until January 1st, 2024.

In the meantime, companies should begin reviewing their drug policies and amending employee handbooks. In its review, companies may need to consider how they define “off the job” and “away from the workplace,” especially considering the boom in remote and work-from-home positions. Employers may also need to change course when it comes to their drug-testing procedures. Switching from testing methods that identify non-psychoactive cannabis metabolites to newer drug-testing methods.

California may not have been the first state to legalize recreational cannabis use, but it is certainly a state committed to helping the industry grow. AB 2188 is an example of that commitment. Soon, employees may not fear repercussions from their employer for partaking in a legal substance in their free time. Repercussions that at one time could potentially damage an employee’s sense of worth, financial stability, and ability to seek new employment.

Did you enjoy learning more about the groundbreaking ways California is leading the cannabis-rights movement in the workplace? Well, this story is just the tip of the iceberg when it comes to the great content you’ll find at Cannabutter Digest. Explore our site to find more news you can use, great reviews about exciting products, tasty recipes that will bring out the chef in you, and so much more! 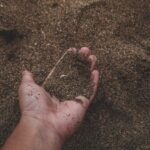 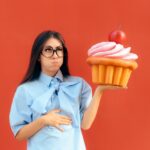 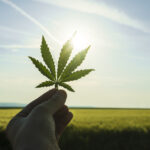 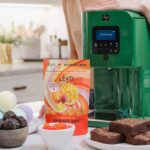 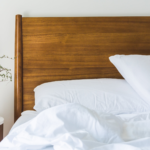