Big Business vs. Mom-and-Pops Shops in the Cannabis Industry

Recreational cannabis is now legal in 18 states, and 38 states have legalized medical marijuana. Several states are preparing to vote on legalization in the 2022 election.

But legalization is just the beginning of making cannabis accessible to consumers and medical patients. Secure distribution systems must be developed, and regulations regarding marketing and keeping cannabis away from underage people have to be debated and voted on by legislatures. Essentially, this is a brand-new industry, and everyone knows it will be lucrative for those states that legalize it. But the question becomes more complex as states try to decide how they want their cannabis industry to work in their states.

There is increasing competition from large multi-state operators that are highly profitable and use their lobbying muscle to create markets that they can dominate. And the legacy of illegal marijuana is that there are quite a few mom-and-pop distributors who are finding it increasingly difficult to compete against corporate cannabis operations; and are seeing new regulations in their states that appear to have been written largely by corporations and their lobbyists. Many states that legalized marijuana wanted to have an industry that would favor local, small distributors. They also want to use the cannabis industry to promote social equity among populations unduly affected by the war on drugs.

Big Business Is Changing The Landscape

In several states, the cannabis industry has become a “big business versus everybody else” situation.

Some companies have even tried to control the cultivation of the plant by local growers for their own use. In Michigan, the Cannabis Manufacturers Association, comprised of several large corporate cannabis companies, has been fighting with the state’s medical marijuana industry over the cultivation of marijuana by caregivers and testing protocols. In Arizona and Illinois, multi-state operators have tried to take control of licenses for social equity companies and have even lobbied to reduce the canopy size for craft growers. In New York in 2019, some large cannabis companies tried to end home cultivation in the state.

The multi-state operators are very focused on market share, seeing even small cultivators and home growers as a threat to their business.

These big-versus-small business conflicts are increasing as the cannabis industry becomes more lucrative and will worsen as the profits increase. Larger companies are vying to become as profitable and dominant as they can. But there are smaller companies that want to break into the industry as social equity entrepreneurs, craft growers, etcetera. It is big business versus the consumer and craft grower. The lobbyists for smaller cannabis businesses support a trade association that supports free-market policies and open markets and no license caps. Lobbyists for small businesses do not see the rift with big corporations going away anytime soon because it is in the interest of large companies to protect their market share and expand further. And, of course, large companies have the resources to lobby further and get states to adopt regulations and policies that benefit larger cannabis companies.

Representatives of larger cannabis companies argue that there are benefits to a diverse industry in size and sophistication. They say big cannabis can be good for cannabis, and good cannabis can also be big for the business. The scale allows them to set industry-leading standards, invest in high-quality products, innovations in cultivation and processing facilities, and invest in employees and communities. The scale allows them to continue to invest in product research and development to bring innovative products to market. Several multi-state operators have invested in the “Rooted in Good” program that places attention and importance on social equity programming to see real opportunity across the ecosystem, particularly for those impacted by the war on drugs.

The controversy in Maine

Maine has long supported their medical marijuana industry, made up mostly of “caregivers,” modestly sized distributors. Then the state legalized recreational marijuana, and now the state is introducing stricter regulations that treat all marijuana businesses the same, regardless of their size. Caregivers are increasingly fearful that these new regulations will push them out of the market. Smaller businesses call it “marijuana gentrification” and claim the motive for the new regulations is to overregulate and force Caregivers out of the market.

However, the state’s network of mom-and-pop marijuana shops has grown considerably in the past four years since the state allowed them to expand operations to increase their ability to compete with large cannabis companies. The large businesses did not limit the number of plants they could grow or the number of patients they could serve. Small retailers in Maine can now open storefronts, grow more cannabis, wholesale up to 75 percent of what they grow, and hire more than one employee. As a result, there are now 3,120 licensed Caregivers in Maine, employing 5,200 people. Cannabis is Maine’s largest agricultural commodity, with $200 million in annual sales.

Caregivers increasingly see the need to fight against new rules and regulations at the state level because they are afraid they will threaten their businesses. This kind of battle is increasingly shaping up across the country as the cannabis industry profits grow – the industry generated $20 billion in sales in 2020. In Maine, the Caregiver industry managed to get the state to pause proposed rules even though they were supported by one of the largest corporate cannabis companies in the US.
Maine voters passed a medical marijuana law in 1999. The early days of the program had few rules. However, voters and lawmakers modified the program and introduced

Caregivers for specific patients and patient ID cards. The regulatory framework was beefed up in 2010 and 2014 and eventually included pesticide restrictions to protect patient safety. The biggest regulatory change for Caregivers came in 2018. Before that, Caregivers could only serve six patients, and many of them could barely make a living. There were only eight dispensaries across the state of 1.3 million people. But the Maine public felt that Caregivers were essential to serve those who needed the medicine, and the state increased the number of caregivers in the state. 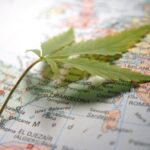 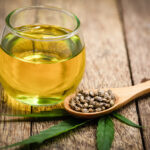